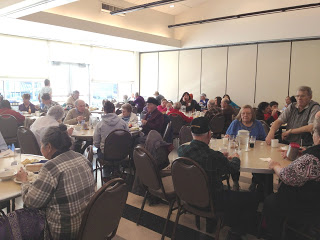 Where I Went:
Using my “go-to” scheduler, Hands On Greater Portland, I registered for the project labeled, “Serve it Up for Seniors” with Loaves & Fishes. The job description looked simple: volunteers help prepare, serve, and clean-up a meal for seniors eating at the East Portland Community Center.
Despite the name, Loaves & Fishes is not a faith based organization. Though I do believe the work of Christ is quite prevalent with those who serve. As described on their website:

The mission of Loaves & Fishes Centers is to enrich the lives of seniors and assist them in maintaining independence by making nutritious food, social contacts and other resources easily accessible. To the extent possible we will also serve disabled and institutionalized individuals. We accomplish this through an organization that is community based, emphasizes volunteer involvement and is financially sound. 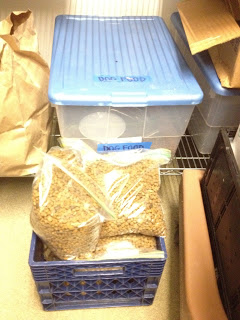