: the quality that allows someone to continue trying to do something even though it is difficult 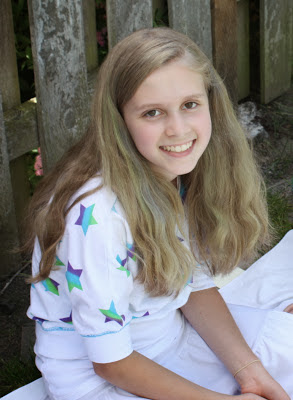 I’d like to tell you about a girl I’ll call Becky. She and my youngest are both in 6th grade and became friends in their theater group. Becky has been in almost as many shows as my own daughters. I say “almost” because there was that one time last Spring…

Auditions took place as normal. Becky took her turn to sing in front of her friends, her friends’ parents, and the artistic direction team. She began well but then, a flub in the lyrics. Becky could have ran off stage like a few others. Instead, she finished the song with tears in her eyes. The audience applauded wildly, but that didn’t cheer Becky. She ran into her mother’s arms, devastated by the mistake.

The rest of us didn’t think much of the incident. There have been plenty of times kids have messed up during auditions and still were given a part. The Spring show was different, however. With so many young actors wanting in the show, cuts needed to be made.

When my girls looked at the final cast list I heard, “YAY!!!” followed immediately by, “Oh, no.”  Then, silence. Becky didn’t get in.

“That’s not fair!” they demanded. “She only messed up once!”

While I tried to console them, I knew. Auditioning is an emotional process. While Becky was cut for this show, it’s just as likely one of my own kids would be cut the next.

Becky, of course, was disappointed. Not only would she be missing her co-actors for a show season of rehearsals, her oldest brother made the cast. Her family had to be congratulating him while comforting her.

Summer passed. Auditions for the Fall show brought Becky and her 2 older brothers trying out for a part. The oldest sang first, no one surprised at his baritone melody – beautiful. The next brother belted his tune. Again, charming.

Becky took her turn on stage. Friends in the audience prayed, crossed fingers, and held hands wiling her to stay confident. She began. Kids looked at each other. Where did this girl come from? Where did she get this confidence? Thunderous applause filled the auditorium as she finished her final lyric. She just had to get a role this time!

48 hours later, the cast list posted on the show blog. Once again, my girls scrolled their gaze down, relieved to see their own names for “The Adventures of Tom Sawyer.” Taking a deep breath, they looked closer to see if they’d share excitement with their theater buds.

Becky’s name was there. The role: Lead female=B. Thatcher.

My daughters screamed in excitement. In fact, I’m almost sure I could hear the screams in 25 households around town. The girl who was cut showed them all. For the next six weeks, she’d be Tom Sawyer’s love interest. 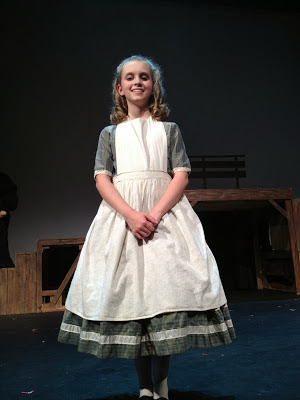 I’ve had the chance to see the show twice now. Becky’s heavenly voice harmonizes with Tom’s. The girl with a star quality has nailed the role of Miss Thatcher.

We always tell our kids to work hard and persevere. But truth be told? If one of my girls weren’t cast and she said she wanted to take a break from theater, I’d most likely acquiesce. My own disappointment would have probably shone through.

Almost 12 years-old, Becky is my role model. Next time I feel like quitting, I need to remember how hard this girl worked to get what she wanted. The best part? My own girls have a real life example from which to learn.

And a pretty cool actress to call their friend.

Want to see how right I am? Come see “The Adventures of Tom Sawyer” November 15-17. You’ll have a mighty fine time, I promise.