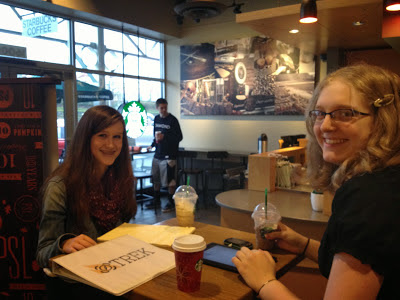 Some say it doesn’t exist, but I’m here to tell you I saw it with my own eyes. Truly, at least 6 of them; responsible teens.

Approached last summer to advise our local theater group’s High School Leadership team, I was apprehensive. My time commitments are already stretched thin, and to be honest, I didn’t know if I’d have the energy.

“No worries,” I was told, “the kids are in charge of leading. You just need to be the adult voice of reason when necessary.” (Which is funny in itself, but that is a post for another time.)

I do miss youth ministry. I just wasn’t sure I had it in me to corral teens or think up fundraising ideas. I did get excited when I found out serving in the community is a group requirement. That, I could handle.

I agreed to advise TREK (Teens Reaching out to Expand the Kingdom) and we had our first meeting. I reviewed the guidelines for the group and then…well, they took off with the leading and the ideas and the planning and the everything else.

Indeed, I became the adult voice of reason when necessary.

I could prattle on and on about the ideas they come up with. One conversation that touched my heart deeply concerned the reasons they each decided to join TREK. They took turns and explained:

How awesome is that?

During the past month, the TREK team asked fellow actors in their theater classes to participate in a diaper/underwear/sock drive for Northwest Children’s Outreach. Last night we delivered these items, then volunteered with NCO filling bags of clothes and toys for needy children in the area. Watching these kids work, my heart burst with pride. 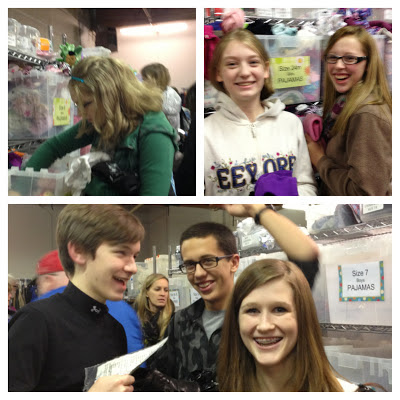 These kids are on track for becoming their generation’s leaders. It’s an honor to be their adviser and I look forward to watching their ideas develop over the next few years.