*If you haven’t yet seen Disney’s “Frozen”, what is wrong with you?!? the following blog may contain tiny spoilers you’d rather not know. Come back to me after you’ve seen it. 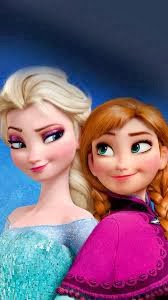 My sister called me as soon as she left the theater after watching Disney’s “Frozen.”

“You have to see it,” she pleaded, “it is totally Emma and Annika.”

The fact my sister saw the film before I did was unusual. I am the Disney geek in this family. The only reason we hadn’t seen the movie opening weekend was because Edd had the flu. Any other animated film would have been fine for us to see without him, but not a Disney movie. These are family affairs.

Edd was finally healthy enough to sit in a theater without hacking up a lung. We sat in our normal movie-going positions; girls in the middle, Edd and I flanking on the sides. The lights went down, the music started, and we saw the 2 two animated sisters onscreen for the first time.

Edd and I peered around the girls and looked at each other like:

And we continued to be amazed all through the flick. Seriously, Disney Animation? How did you get to our family?

Okay, our situation isn’t absolutely identical to the Royal Family of Arendelle. For one, I am only a Queen in my own mind. Also, we’ve never locked either daughter in her room for more than a year at a time. Plus, Edd and I haven’t been “lost at sea,” knock on wood. However, some of the other comparabilities are so close to home, it’s scary. 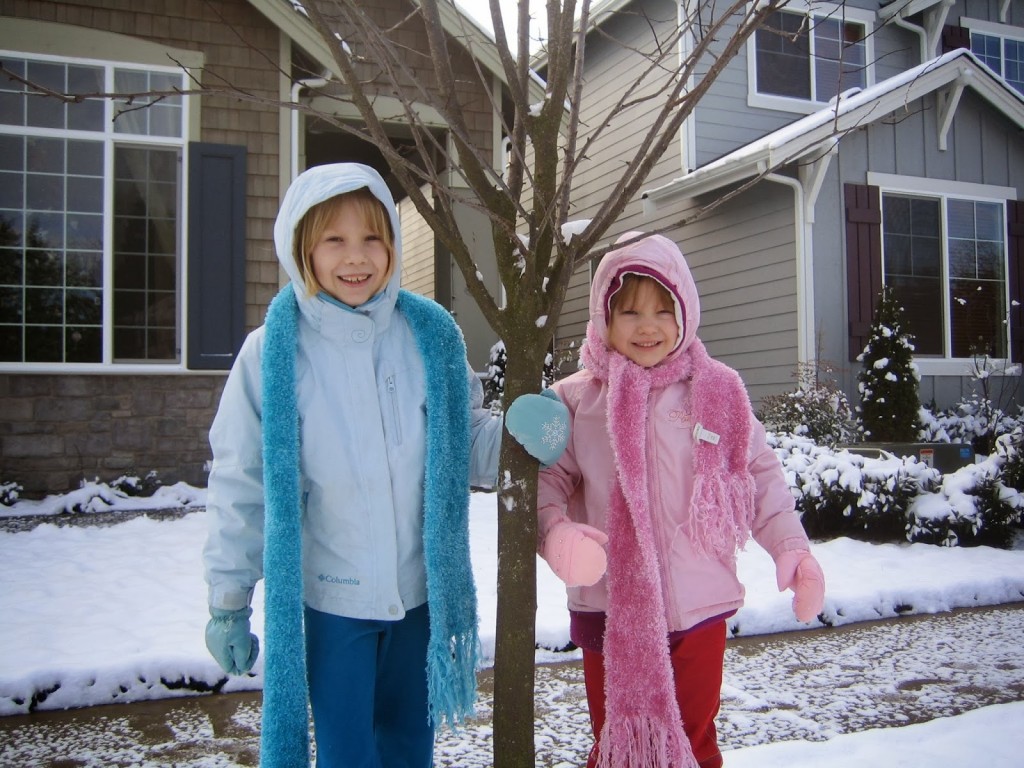 1. Names
“Elsa and Anna” sound very similar to “Emma and Annika”, do they not? Gotta love the Scandinavian heritage.

2. Appearance
Emma came out of the womb with white-blonde hair; Annika with reddish, strawberry blonde. Since Emma became a teenager, she’s tried to style her hair with more elegance while her sister prefers 2 plaits over her shoulders.

3. Snow Queen
In the movie, Elsa’s ice powers harm her sister, causing the elder to withdrawal and become cool not only in temperature, but in demeanor. When Emma was a pre-schooler, she was diagnosed with mild Sensory Integration Disfunction. Her body overreacts to certain stimulation, especially touch. As a result, she’s not a huggy-touchy girl.
Annika would love to hug on, flop on, or cuddle with her sister, but it’s usually too overwhelming for Emma. Sometimes, Annika forgets and goes for that embrace. Remember when Anna tried to hug Elsa but was met with stiffened resistance? Yeah. That’s what happens here. So if you meet my eldest and she tenses when you give her a squeeze, we’ll tell you it’s because she doesn’t want to turn you into an ice sculpture.

4. Older Sister/Younger Sister
Annika is a bit impulsive, very much like her new Disney counterpart. As we drove home from the theater, Edd and I pointed out all of the similarities between the sets of sisters. Annika responded with, “Yeah, but I wouldn’t get engaged to someone I just met!”

We three stared at her in silence, each of us raising one eyebrow.

“Ok, maybe I would. But I would figure out he was a jerk before I got married and then I would punch him.” And I totally believe her.

From the beginning of the story, Elsa watches over Anna in a maternal nature. When Anna gets hurt because of her sister’s special power (or as Emma explains, hurt because she didn’t listen to her older sister in the first place), Elsa retreats into solitude for many years. When she leaves her castle for good without telling anyone her whereabouts, Anna braves the elements to find her.

When my daughters argue, as sisters do, Emma will be the one to remove herself from the situation. Often she’ll close her bedroom door behind her, shutting out the rest of the world. Annika can only take being alone for so long. She needs her big sis, her caretaker, her friend. In the movie, Anna used her wisdom, her wit, and a bit of trickery to find Elsa. In our real life, Annika will pull out her charm and little sister wiles to find her way back into Emma’s good graces.

5. True Love
As soon as the line, “true love’s kiss” was uttered, I knew this wouldn’t be the Snow White situation to which we have become accustomed.  This is a sister movie. They each may find another’s love elsewhere, but the bond of Elsa and Anna is the bond I see in my own daughters. Those two will stand up for each other until the end of time. If an outsider hurts one, watch out for the other. They have each other’s backs. 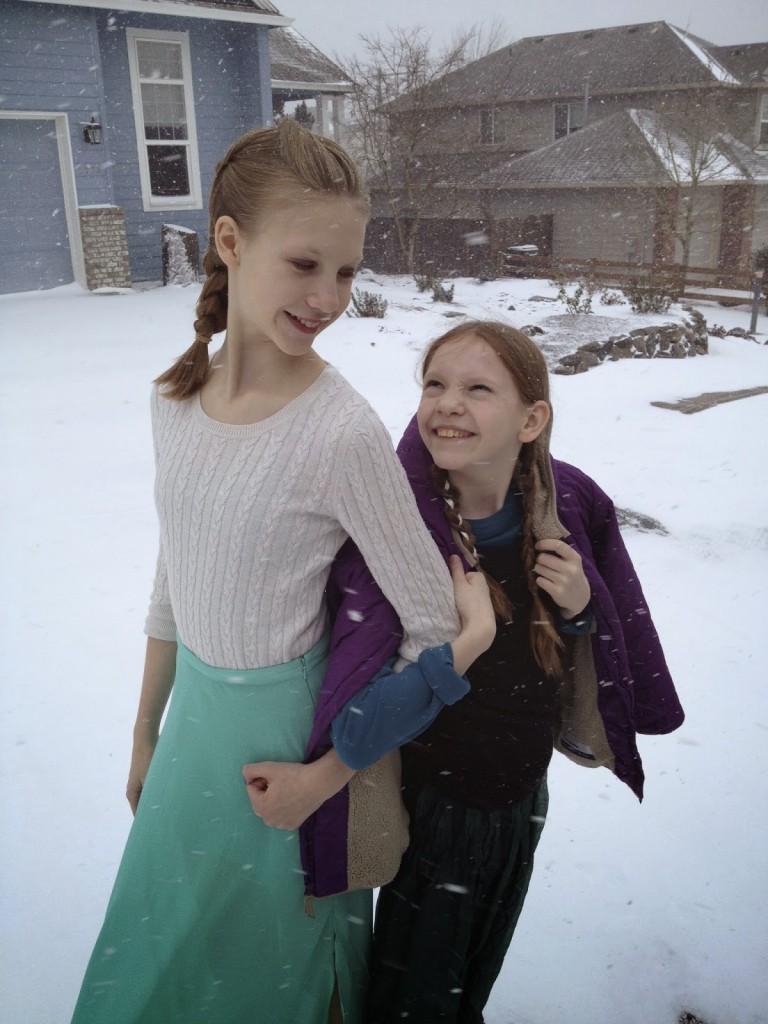 Like most of their friends, Emma and Annika have embraced “Frozen” as their favorite movie. The soundtrack is sung every waking hour and I’m sure we’ll be first on the list to pre-order the DVD. As any devoted fans would do, they used yesterday’s snowy weather to provide a backdrop for this perfect photo opportunity. And as any psycho mother would do, I blasted the photo on social media.

Guess who was jumping up and down when they saw who responded to mom’s tweet? (Besides mom) 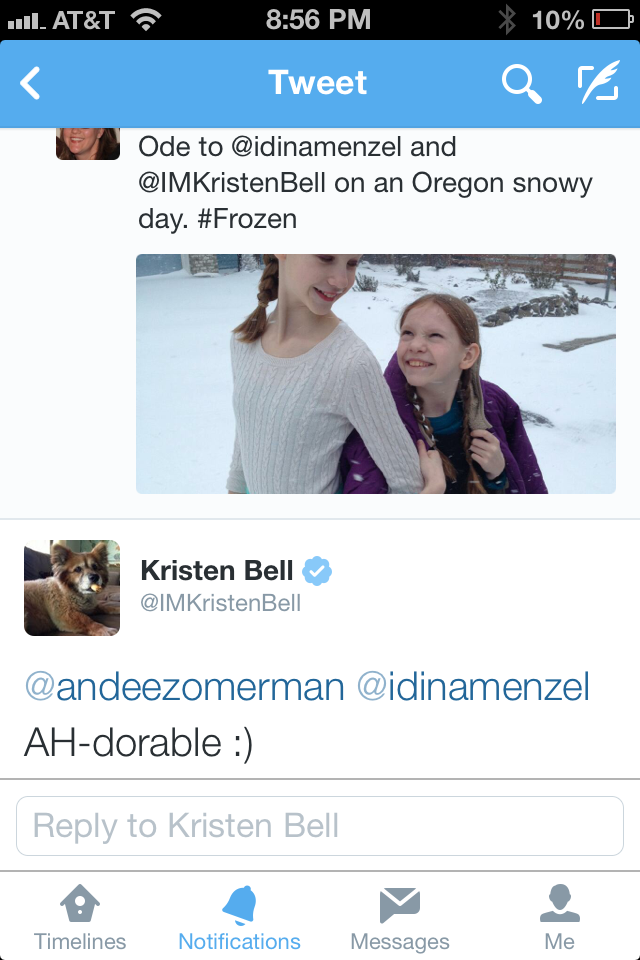 The simplest things make us happy. I’m honored to be the mother to these two.