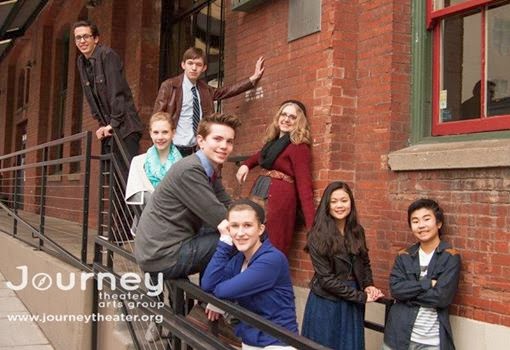 My girls are stumbling around the house in a knocked out daze. Twice today they met Jesus, sang with Jesus, loved with Jesus, and killed Jesus – all in front of 350 school kids.

Today the cast of Journey Theater Arts Group’s Godspell, Jr. performed “school day shows”, a chance for the kids to perform in front of a live audience before opening weekend. I’m not going to lie. This may be my favorite show I’ve ever seen my daughters perform. I don’t want to take my eyes from the stage, afraid I’ll miss a detail or reaction from one of the 37 youth in the play.

The musical is an emotional one. Two of the actors expressed their feelings in written form and I have permission to share their thoughts here. Read to peer inside the mind of a teenager asked to portray crucifying their Christ. 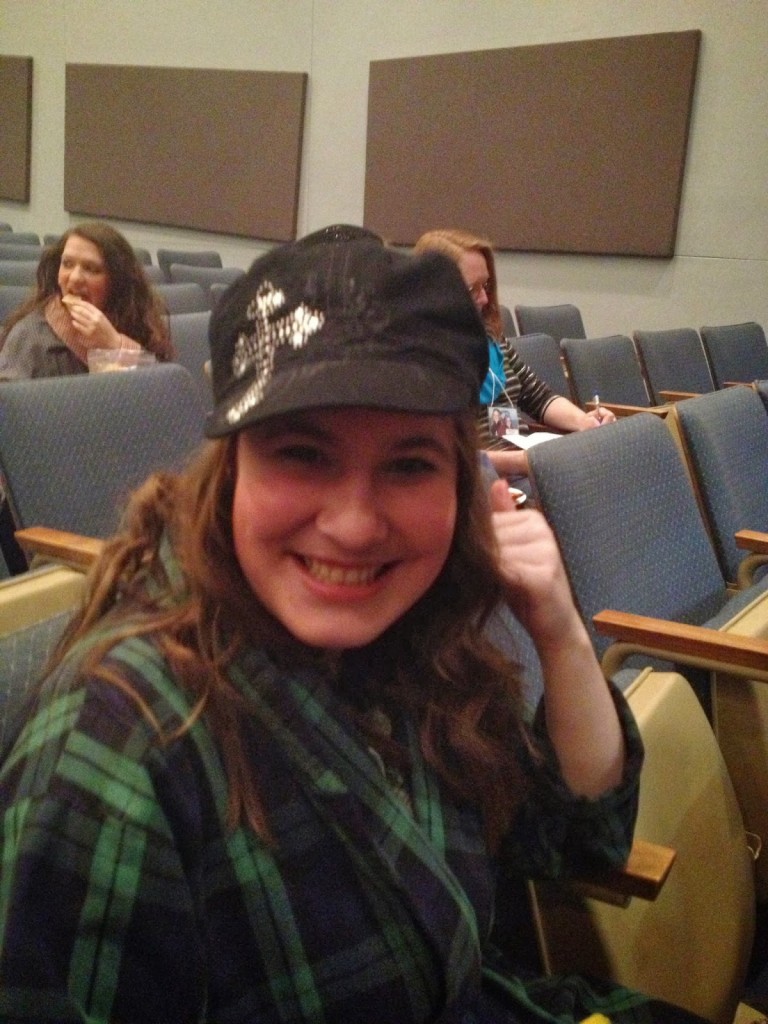 “Have you ever Seen
A more Terrifying thing
Then a Chain-Link Fence?
Each Twist of the Wires
Reminds and Inspires
The Cross where Creation wept.
Where a Holy Man was slain
Where Death was the World’s gain
And when Crimson washed into White.
Now up on the Stage
Fake Malice and Rage
Yelling for a Friend to die.
We know it’s not Real
But our Hearts still Feel,
As we see the Cross in our mind.”

Charlotte shared with me her journal entry:

I have to tell you, at this point in rehearsal, I wasn’t very happy. Nothing anyone could say would make this rehearsal fun. It had passed that point. I was standing knees locked, arms folded, and a blank expression while Kristi [director] assigned us insults to yell at Jacob [playing Jesus] during the Finale’s instrumental break.
“Charlotte,” She said. “You’ll say ‘Save yourself.’”
Outwardly, I didn’t react. I might have nodded once, but my face didn’t change. Kaitlyn, who was standing near me, took a step nearer, hooked an arm through my arm, and put her head on my shoulder. I put my head on top of hers and we stood waiting for her name to be called.
Kristi assigned her something like “If you’re the king, come down from there.” I squeezed her arm when her name was called and she looked down at the ground, unhappy. No one was happy with what they were assigned except for three girls who got the only good statement. I can’t even remember what it was now.
Kristi played the music for us and told us we had to fill in the whole space with our yelling. We tried it and failed pitifully. Most of us just stood still, barely saying our line.
“Ok, we’re going to try it again.” Kristi said. “This time, close your eyes. Just close your eyes and yell. You can fall to your knees, act in pain, whatever you feel like you need to do. Move your ribbon around and keep your eyes closed until we’re done.”
We closed our eyes and she started the music. As soon as the instrumental break started, Kristi yelled. “NOW!!”
It was Hell.
Literally.
Everyone was screaming. I opened my eyes momentarily because I jerked my head too hard and I saw people writhing on the ground, falling to their knees, their faces turned up in pain. Everyone’s eyes were closed and we were all going full out. I screamed “Save yourself! Jesus, save yourself!” And jerked my (invisible) red ribbon around. I was the last one to stop yelling.
The instrumental break ended. The music stopped. I slowly opened my eyes and turned my head. Across the room, Priscilla was bawling, a few people were on the floor sobbing. Rachel  and Kaitlyn next to me had their faces in the hands, shaking. Lindsey and Linda on the couch were wiping their eyes. Steve had his back to all of us, but he was slowly turning around. He held his binder over most of his face but his eyes were red and full of tears. Kristi stood silently and slowly nodded once.
“Good.”

I cannot watch the end of this show without tears falling. I cannot read either of these accounts dry eyed. This isn’t your average musical. This is changing lives.
To join the rest of us on our “mountaintop” experience, purchase your tickets at www.journeytheater.org. Tickets are only online until midnight, tonight, February 27. Starting tomorrow, tickets can be purchased at the door until sold out.
Long live God. Prepare Ye The Way of the Lord.