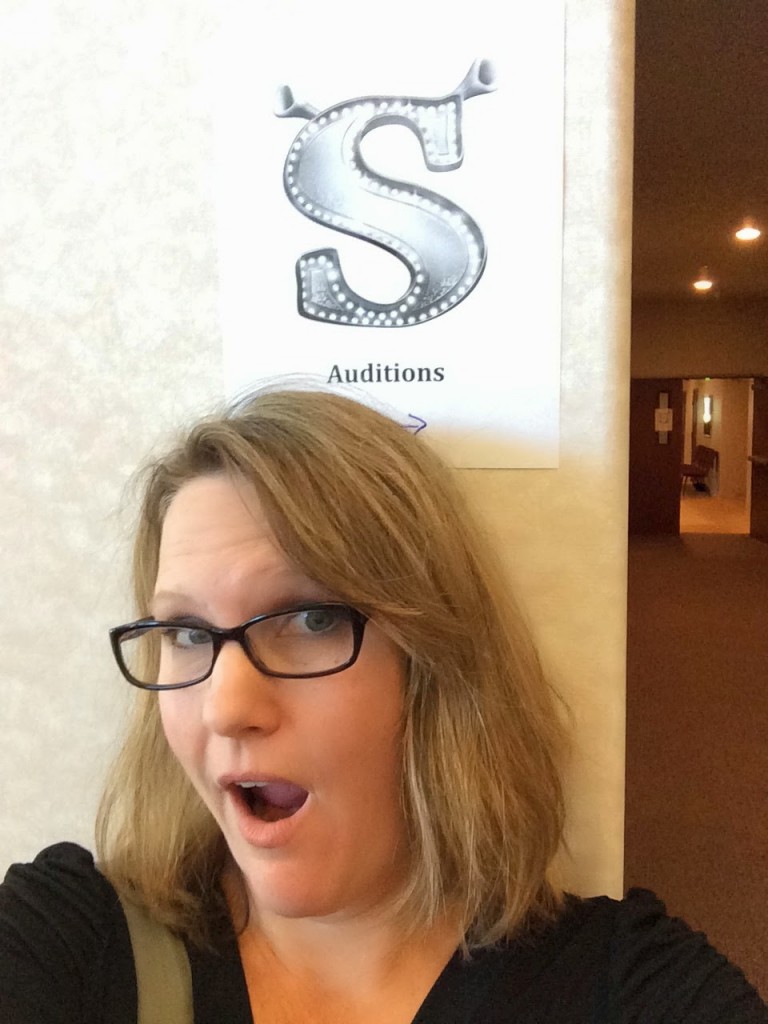 Over 30 years ago I signed up to audition for our community production of The Sound of Music. Mom played the piano while I rehearsed “Edelweiss” approximately 312 times. I wasn’t nervous…until we actually arrived at the theater.

Tons of people swarmed in the old barn, now turned into an entertainment venue. I’m sure there were less than one hundred people surrounding me, but in my young mind, it may as well been ten thousand. I lost my nerve. My name was called, but I didn’t enter the next room to sing my song.

Fast forward a few years. My second year of high school was nearly over and my friends practiced for varsity cheerleading tryouts. I didn’t. Oh, I wanted to be a cheerleader more than anything, but I wasn’t cool enough. Somehow, my warped, hormonal, teen brain rationalized that though my two very best friends did try out and did make it, my lack of popularity would hinder me from the necessary jumping and yelling skills. The anticipation of rejection became reason enough to not try.

Edd and I have raised our girls to experience life whichever way possible. We both have vulnerability issues and do not want our daughters to miss out on anything because of fear. It’s one of the reasons I’m so pleased they found a love of theater. Getting up in front of people is scary stuff, but they’ve always been able to push through the nerves. Auditions haven’t always been perfect, but they’ve learned self-forgiveness when mistakes are made.

Historically during the summer months our family takes a drama break, but Journey Theater Arts Group still continues with a full community production. Kids and adults from all over the Portland/Vancouver Metro area have performed in Joseph and The Amazing Technicolor Dreamcoat,  Footloose, and The Music Man. This summer, JTAG is performing Shrek, The Musical and I already had an August weekend marked on our calendar to attend the show.

Last Tuesday, this conversation came out of nowhere.

Annika (the youngest): Mom, I think I want to audition for Shrek.

Me: Okay, hon, auditions start in a few days. Can you be ready?

Emma (the eldest): Wait! I thought we were taking a break! (Which, is different from the Ross/Rachel ‘we were on a break’, but I digress.)

Me: Em, your sister can do it without you. You can still have a break.

Emma: Well, really, I want to be in it but I can’t because I’m afraid I’ll get cut.

Hold the phone. She wanted to be in Shrek, but didn’t want to try because of fear?!? Uh-uh. No how. No way. Not my kid. (I know. The hypocrisy is unreal.)

Me: Em. You may get cut. But that is NO reason not to try. What does Dad always say that Wayne Gretzky always says? ‘You miss 100% of the shots you don’t take.’ You’re auditioning.

Emma: Then you have to do it, too.

Dang. She had me.

I signed the three of us up for auditions. I convinced myself to be calm. After all, it’s a lesson for my daughters. An example. Probably worthy of Super Mom status.

On Saturday, we walked into the venue and followed the arrows into a long, dark chamber of a hallway. Melodies from want-to-be cast members faintly emerged through the closed classroom door. These were real singers! Their notes sounded nothing like my own voice. I wanted to vomit.

All of a sudden it was 1980-something and I was back in that community hall. I couldn’t do it. Only instead of my mother trying to convince me to get over my fear, my daughters were cheering me on.

It’s okay, Mom. The first time is hard for everyone. It’s normal to feel like throwing up. It will all be over soon.

Jeremy, the stage manager, announced my turn. Kristi, my friend, the director, encouraged me immediately. You’d think auditioning in front of people I know would make it easier. Nope.

I can speak to a room full of hundreds and find energy in the interaction with many. But to belt out a song in front of an artistic team? Terrifying. You can’t BS when singing a tune. You’re either good or you’re not.

After sixty seconds, it was all over. I have no idea what happened in that minute. My mind was blank. I can only describe the feeling I had as “I did it what did I do was I good did I get all of the words what do I do now my legs won’t hold me anymore” relief.

Returning to the hallway, my daughters were all smiles. You were so good, Mom! (They really could hear everything through that door.) We celebrated with Jamba Juice and discussed scenarios should only one or two of us be called and two or one of us cut. I guess we’ll find out how we truly react when the cast list is posted.

No matter what happens, Emma and I know we faced a fear and came out okay. (I really don’t believe Annika has any fear other than spiders and other creepy crawlies.) I’m so proud of my girls. And yeah, I guess I’m pretty proud of myself, too. 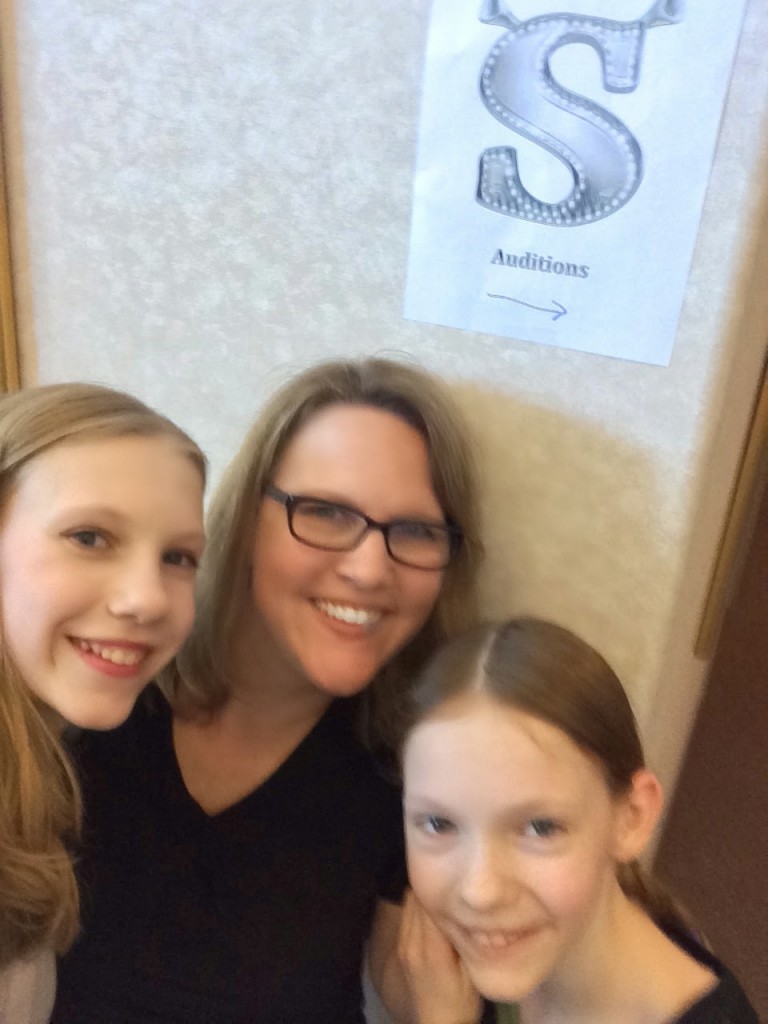 Oh, did I mention? We needed to submit a headshot and a resume. I couldn’t turn in a blank piece paper, so I highlighted the skills I do have. Feel free to use this format for future job prospects: