It’s supposed to be another scorcher back home in Portland, but here in Brookpark, OH, the gloom and drizzle match my mood. Today is the last day I have with my Tante Lucy. Forever. 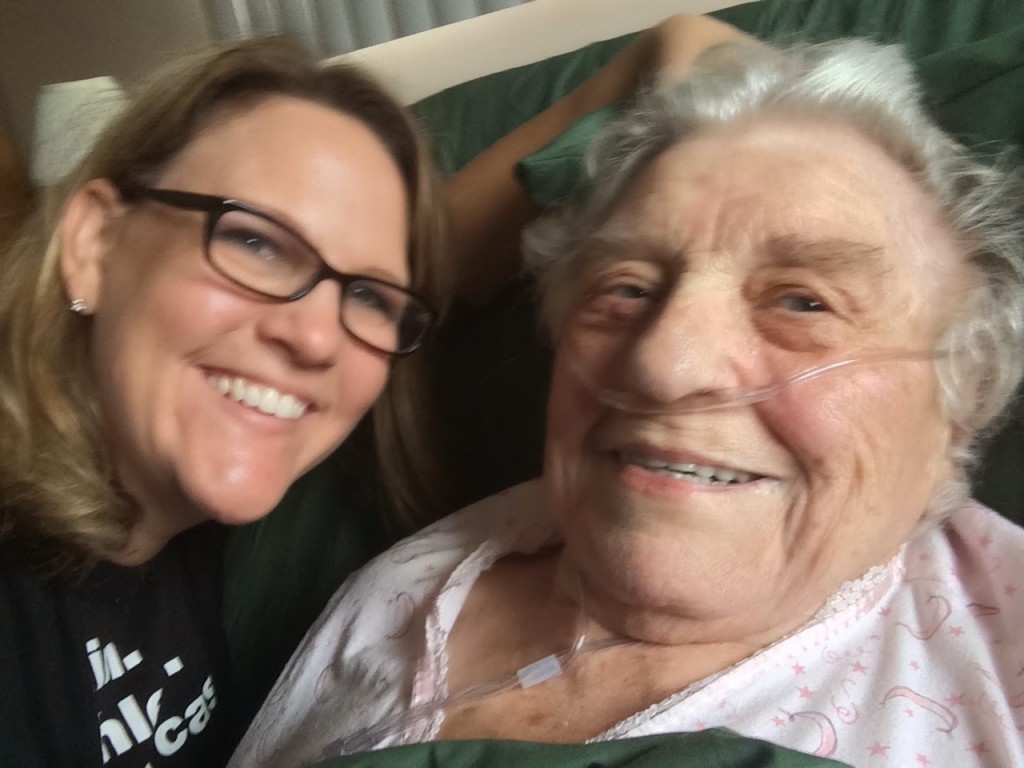 I played nursemaid this morning while my 95-year old uncle drove himself to the barbershop. My aunt’s appearance and behavior reflects more what I anticipated when I arrived. She’s tired. Her breathing labors and wheezes. Her voice is quiet. But she still calls me her “sunshine”. She still manages to smile.

I’m crumbling. She’s the strong one, not I.

Yesterday, I posted some of the hell she’s been through growing up in war-torn Prussia and Germany. Here is a bit more of the story which gave my Tante her strength.

Very early one morning in June, 1947 about 4:00 a.m., Mom took us four kids and my cousins, Agnes, Siegfried, Leni, and Gertrud, along with her two cousins and one other child to a train station. We were put on a freight train with only two loaves of bread. The Russians checked the train out, but did not see us. We went to Pommern and then we had to get off the train. We spent four to six weeks in a camp there with very little to eat. We were all hungry.

Agnes and I had to report for work every morning. They picked us up in a truck and we had to pick currants, if we were caught eating any we would be punished. For our work we were given soup and bread. The soup we ate and the bread we took back to our family. It took us eight weeks until the family was all back together again.

When we were finally allowed to return to West Germany, Mom became very ill and they sent her to the hospital in Lubeck. Anni, Mary, and Gerhard were allowed to stay with her because they were young.

My cousins were sent to Island Westerland in the North Sea. Leni and I were sent to Schleswig Holstein with only the clothes on our backs. We had no bed, we slept on the floor and shared on pillow that was given to us by an old lady. There were no blankets so we covered ourselves with our coats. We had very little to eat and no money until we found out where Dad was.

In the meantime, Mom and the kids were sent to camp north of Schleswig Holstein, and Leni and I went there to get them. First I bought something for everyone to eat. They were all very hungry. Then we left on a train to go to Dad in Otternhagen. He was working for the English soldiers. I was working for a farmer there until I got hurt. We could not afford a doctor.

In 1950, Mom applied for passage to America. It took two years. On March 14, 1952, Mom, Dad, Anni, Maria, and Gerhard went to Bremer Hafen and left for the U.S.A. on the army ship, U.S. Tyler. After thirteen days, they arrived at Ellis Island. They were placed on a bus and sent to Iowa. Dad was working for Mr. Long, who paid for the cost of the trip. On the ship they met Gotthard Krause and Max Hickle. Anni worked on the ship in the kitchen. They ate fried chicken and white bread.

I came to America in 1956. I arrived in Cleveland where Mom and Mary picked me up. Max Hickle’s boss was supposed to be my sponsor, but he did not sign the papers. Mom then asked Gotthard Krause to be my sponsor.

Anni left Iowa for Cleveland at sixteen years old. Max Hickle was working for Republic Steel. He sent money to Mr. Long to pay off the debt in 1952. Mom, Dad, Mary and Gerhard come to Cleveland. Max and Anni were married on 5-3-53. 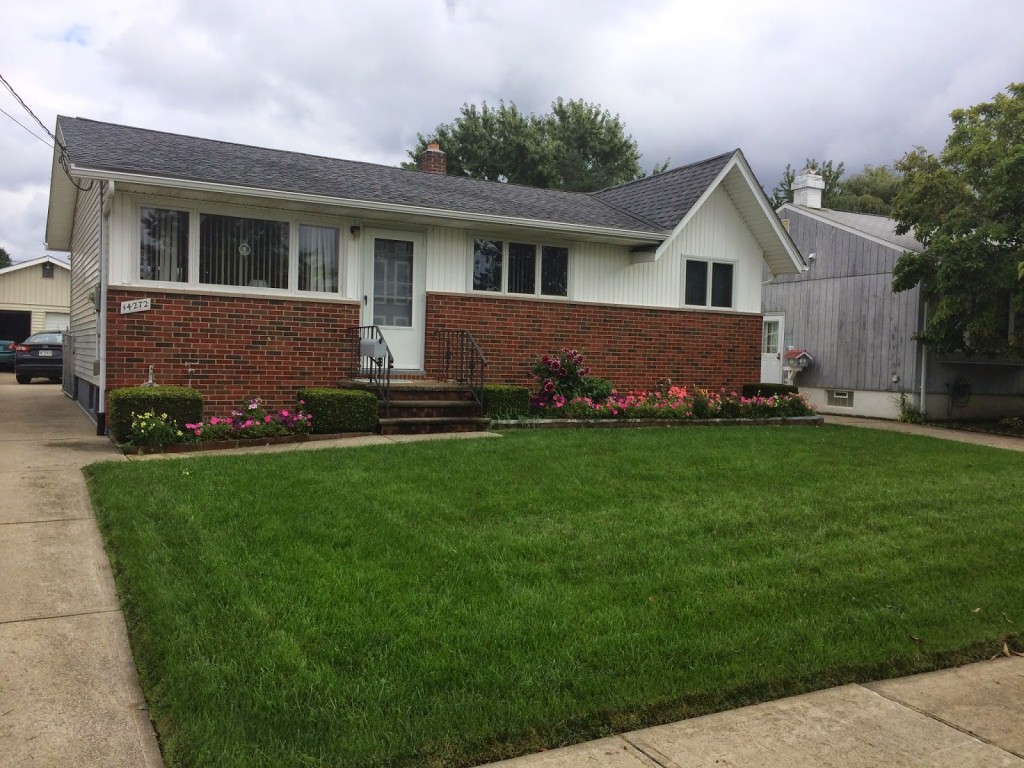 This tale gives you an idea of who my Tante Lucy is, though not the whole picture. Life was easier in America, but definitely not without it’s struggles. My cousins grew up with an aunt they respected and who also put the fear of God into them. My parents started their family 10 years after Dad’s sisters were finished having kids, so there is quite a generation gap between my siblings and I and our cousins. By the time we arrived, Tante Lucy was still hard working, but more jovial and nurturing.

Sitting in her living room, maybe for the last time, I can hear her breath from the bedroom. She’ll be sleeping more and talking less as the days pass. I’ll try to keep my smile in the next few hours, but the lump in my throat pushes it’s way up.

How can I possibly say goodbye?