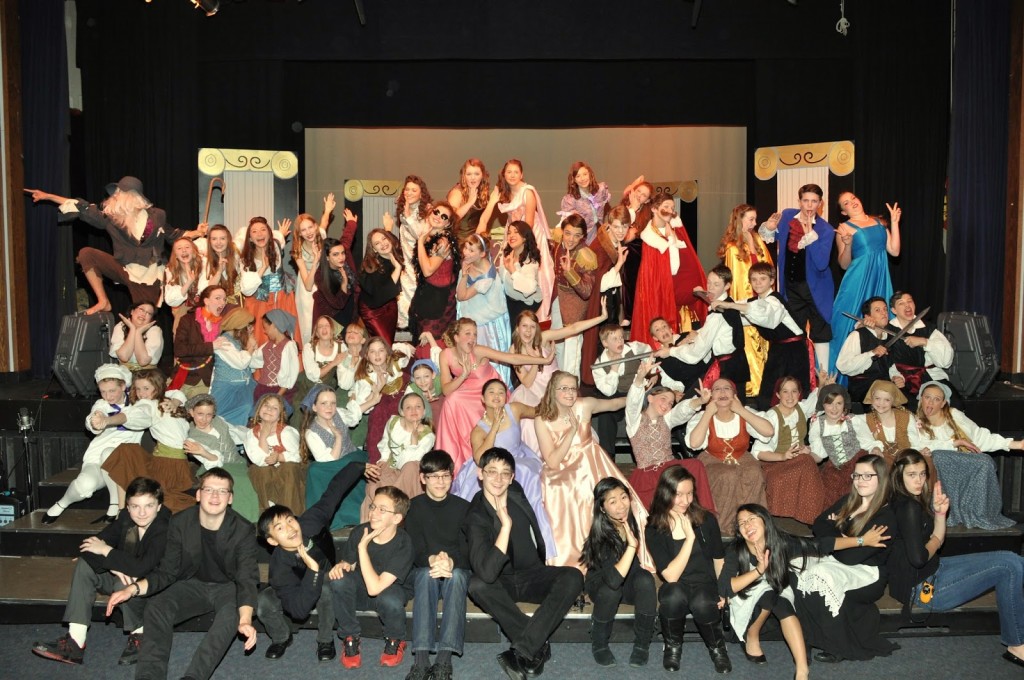 Edd and I created drama daughters.
For this musical loving mama, all is right with the world. My football fanatic, Sports Radio listening, ESPN watching spouse spent years wishing the girls would show some interest in a ball or a bat or a finish line. I’m pretty sure he’s done with that fantasy.
Though our preference in extra-curriculars may not align, Edd and I whole-heartedly agree the characteristics our kids have learned from theater far outshine any of the characters they’ve played. 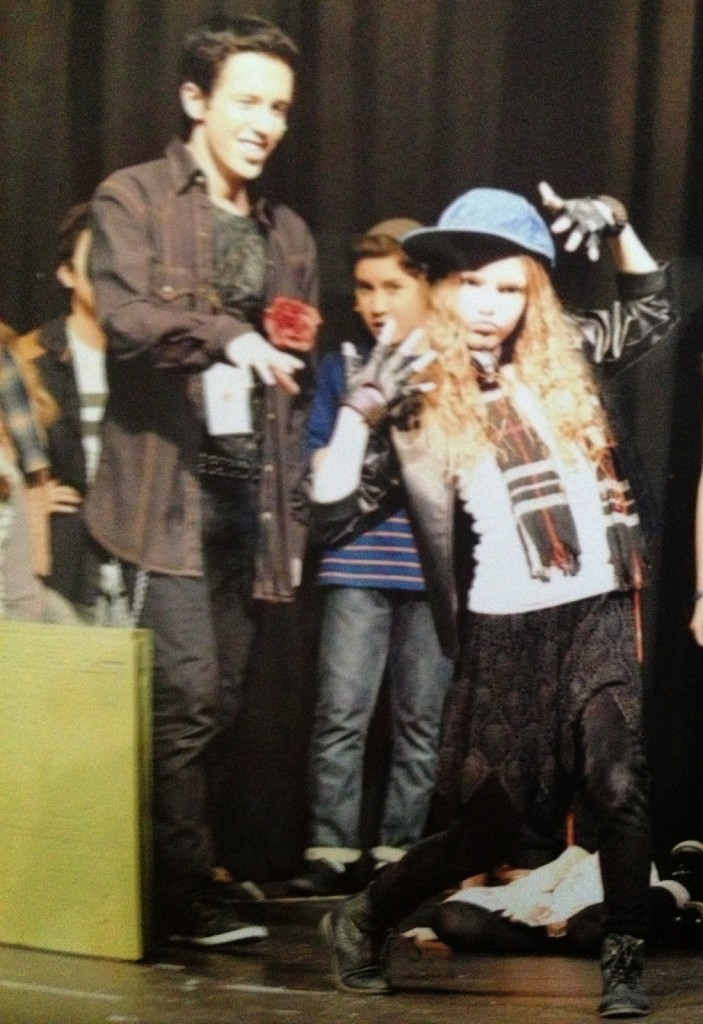 Performing is still just as nerve-wracking for the girls in their 10th show as it was in their 1st, but the high they get while in character keeps bringing them back for more. This self-assurance on stage has transferred into all other areas in their lives. Watching their confidence develop in middle school and high school gives us a sense of peace knowing (hoping? praying?) they’ll make positive decisions for themselves.

If a student disrespects a teacher at school, the student stays in class. If an actor disrespects a director in theater, the actor may be asked to leave the show. While some kids would be mortified to have an adult (other than parents) angry with them, the whole cast knows part of being in a production is showing respect for each other and the artistic team. I know I don’t need to worry about my kids talking back to an adult when I’m not around. (Let me emphasize: other than parents.)

3. Working Together
Each cast is different and each brings a multitude of personalities. The girls have had to work closely with others who don’t share the same priorities or attitude. They’ve developed coping techniques to remain positive even if the friends they need to spend day after day with are driving them batty. And I’m assuming the other kids have devised ways to get along when my kids are driving them batty. 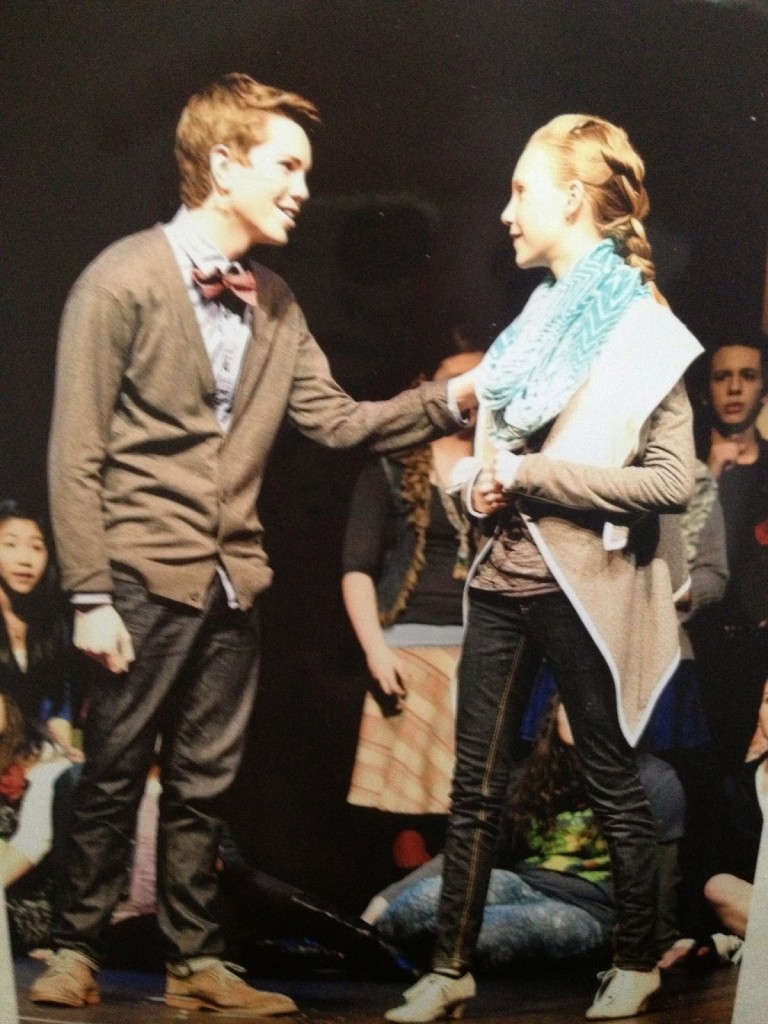 4. Empathy
Directors are excellent at making sure each actor creates his character’s backstory. You may watch Emma playing “Old Widow” on stage, but did you know her character’s husband died when they were only 20 and she’s been mourning him since? The audience may never know the history, but when “Old Widow” is acting with “Mother Meg”, they are using this information in order to relate to each other. The ability to relate on stage became ingrained enough for my kids to relate to others in real life.
5. There Are No Small Parts
A pretty cliché theater phrase, yes? Because it’s true! Les Miserables would be ineffective with just lead parts. Phantom of the Opera needs party guests at the masquerade ball. Joseph and the Amazing Technicolor Dreamcoat needs children for the children’s chorus. We will all have times in the spotlight and we will all take our spots in the background; in school, at work, during life. 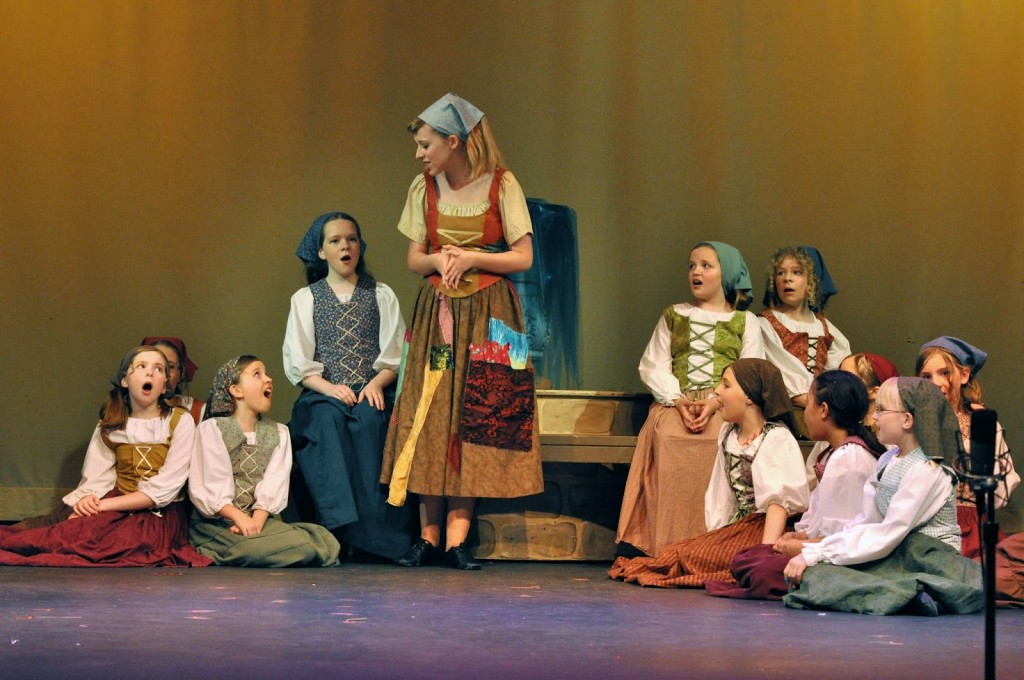 6. Accountability
Lines need to be memorized by a deadline. Appointed stage marks need to be hit at the right time. Actors who don’t abide by these rules not only look foolish, they let others down. It’s a lesson our daughters use in school group projects as well as their own friendships. If my girls tell another person they’ll do something, they do everything in their power to fulfill that agreement. (Again: this determination doesn’t apply in child-parent relationships.)
7. Courage to Try
In show rehearsals, sometimes the director’s initial vision doesn’t pan out and the whole scene needs to be re-worked. Sometimes a dance routine doesn’t fit. Sometimes actors are asked for their opinions. All of these are examples for my girls to try something, and if it doesn’t work, to try something new.
In her Fashion Marketing class, Emma’s assignment was to give a presentation about Coco Chanel. She wrote the research on her notecards, ready to share. At the last minute, she made a change. Instead of just relaying the information, she gave the talk as the famous designer, herself. Bon Jour, she started, I am Coco Channel. When I met her teacher, she remarked in all the years teaching that class, she’d never seen anything like it. Theater kid, I replied.
8. Multi-age Friendships
In school, the girls hang out with others their own ages. In theater, the cast ranges in ages 8-18, and they all become close with one another. My girls have kids who look up to them and older youth to call mentors. At Annika’s last birthday party the youngest kid was 9 and the oldest was 17. I appreciate they know age shouldn’t define a friendship. 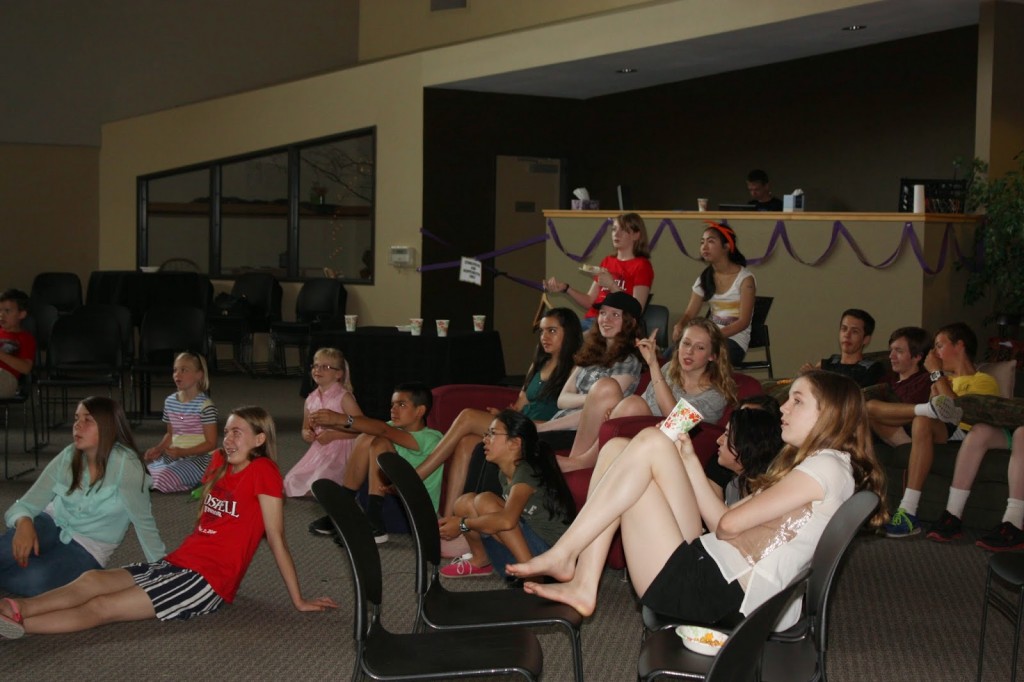 9. Handling Disappointment
We have a rule in this house: you can cry over disappointment for one night. After that, it’s time to move on and show support for your fellow actors, classmates, friends, etc. This rule has served our girls well. Over the summer, Annika did not get cast in the summer production. She was sad. And disappointed. And heartbroken. And depressed. And we let her cry about it for one night. The next day, Annika announced she would be the show cheerleader. She’d come to every show and yell the loudest at curtain call.
That is exactly what happened.
10. Compassion
Not every kid gets cast in every show. While searching the cast list and finding their names is beyond exciting, there is always an immediate cloud over the happiness when they look for names that aren’t there. The absolute best part of this particular theater group is the radiating compassion from the troupe. Those who are cut are immediately showered with hugs and many voices asking How can we make this easier?
Our kids know they won’t get to do everything they want to do all the time. Sometimes, life doesn’t go the way we plan. That shouldn’t stop us from trying again or trying something different.
Sometimes, life for others doesn’t go the way they plan. Our job is to be a listening ear and encourage them to try again or try something different. This lesson is good in theater, but also in healthy relationships. 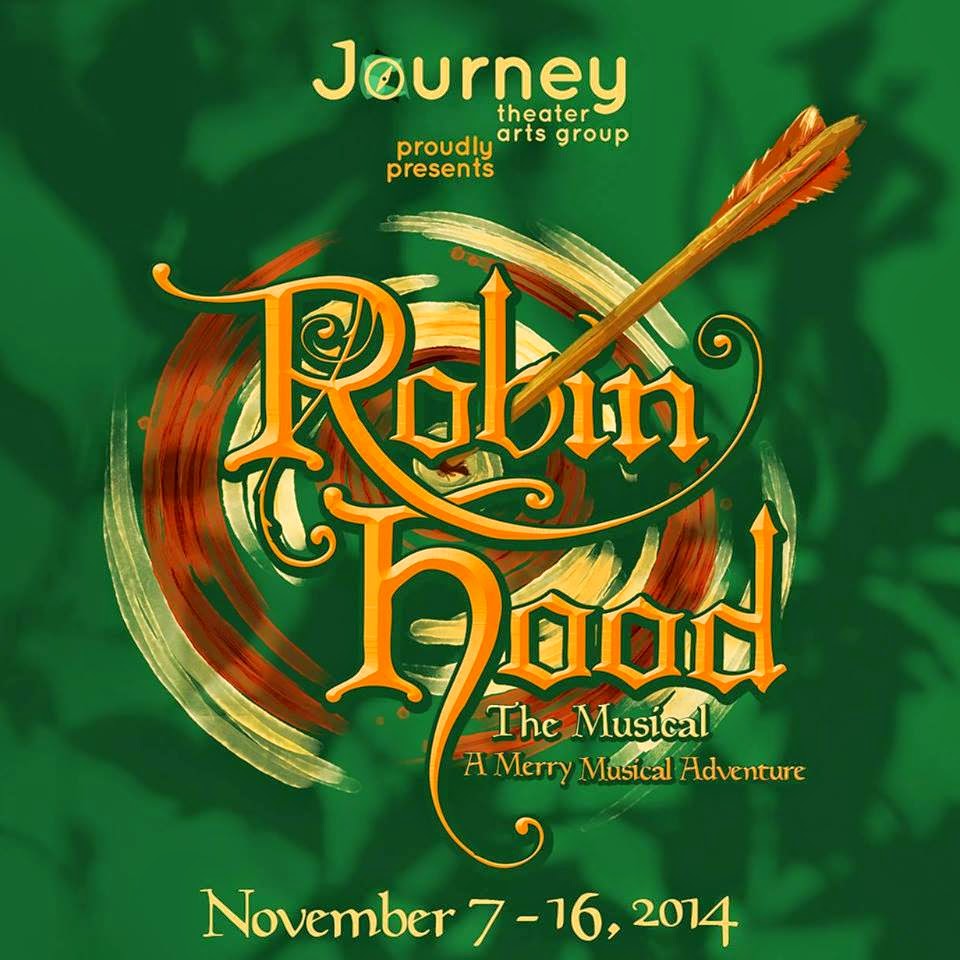 Portland area friends can come see our girls in Journey Theater Arts Group’s production of Robin Hood, November 7-16. I’ve explained what they’ve learned off the stage. Come see how they use all of these attributes when performing.
*Journey Theater Arts Group produces four shows each season in the Portland/Vancouver Metro Area. Check out their website here.