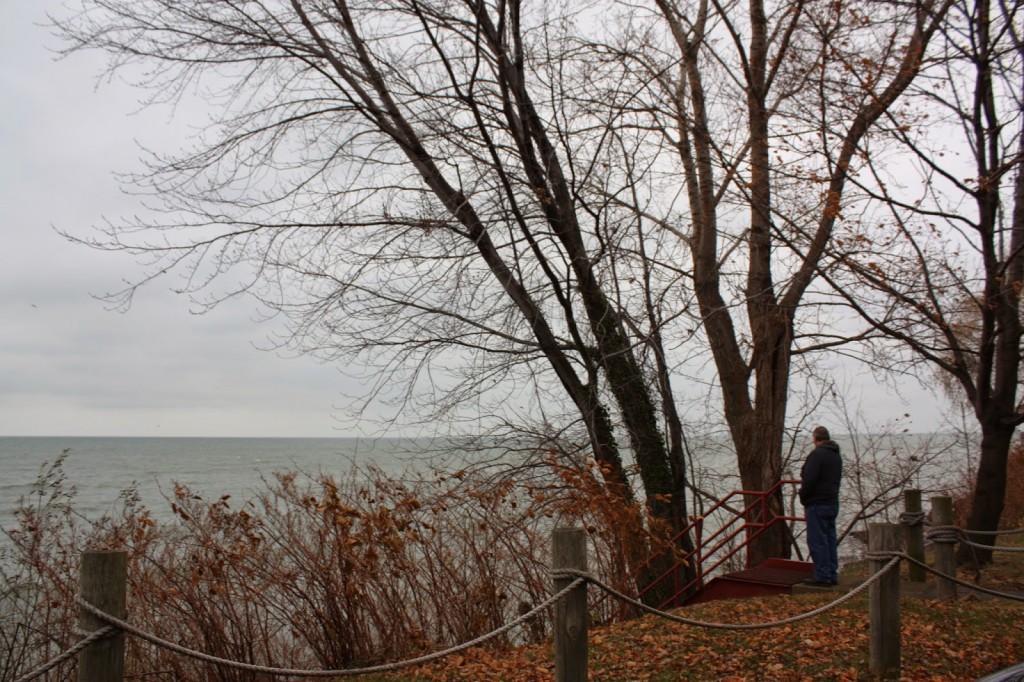 Ask anyone I grew up with, they’ll tell you my father and I didn’t get along. They’d be right – sort of.

I didn’t have a father who was physically abusive or who wanted nothing to do with his children. I do have a dad with whom I share a love of debate. Serious, winner takes all, debates. We challenge each other on everything.

Okay. Some may view our conversations as arguing.

When you have a parent who greets you not with, Good morning, but rather, Where does your soul go when you die? you can’t expect a lot of small talk and niceties.

This past winter, my daughters and I traveled with my parents to my dad’s boyhood home in Cleveland, OH. It’s not the city of his birth. Dad was born during the Second World War when, as an infant, he was smuggled with my grandmother and aunts as they escaped Nazi-occupied Prussia into West Germany. After he started elementary school, my paternal family applied for sponsorship and moved to the U.S.A. where my grandfather and uncles obtained blue collar jobs and started new lives as Americans.

Hard laborers, builders, and roofers, my father was the exact opposite of the other men in the family. Dad much preferred books to hammers and tar. In the 50s and 60s, heroes like Sheldon and Leonard from The Big Bang Theory were no where to be found. Dad’s intelligence wasn’t as appreciated as it might have been today.

Dad joined the Navy, was stationed in San Diego, used his smarts to learn about huge, room-sized, noisy, machines called “computers”, and met my mother. I was born, soon after he graduated with a Computer Science degree and started his suit wearing, pocket protector, white collar life. A life far, far away from anything his own family had ever known. 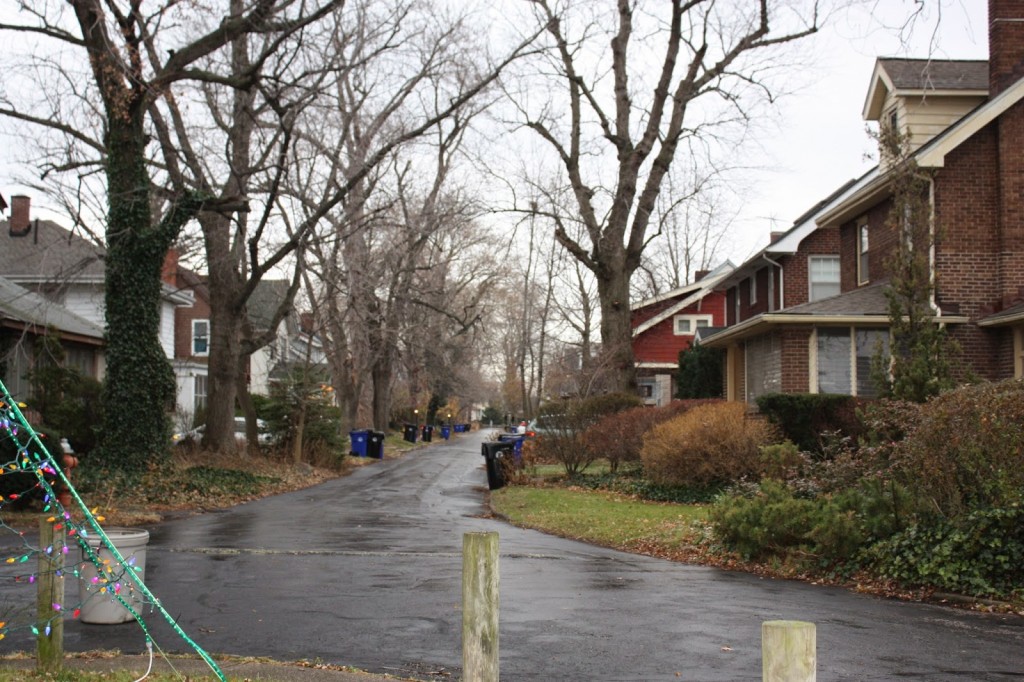 Our visits to Cleveland always include a trip down the street where Dad grew up,the house my grandfather lived in until his death, the house across the way where my cousins were raised. This was the first time my kids saw the narrow avenue, each house built by the original owner. Residences stop before the cul-de-sac, where a tot-lot sits at the east, a grassy lot to the west, and Lake Erie waits steps below.
I watched my father get out of the car on this chilled, blustery day and stare at the lake. He reminisced to a time when the pier wasn’t shattered in concrete blocks. A time before video games when a boy’s playtime was spent fishing and diving. Summer block parties took place on the empty lot and the neighborhood, consisting mostly of immigrants, was a family. 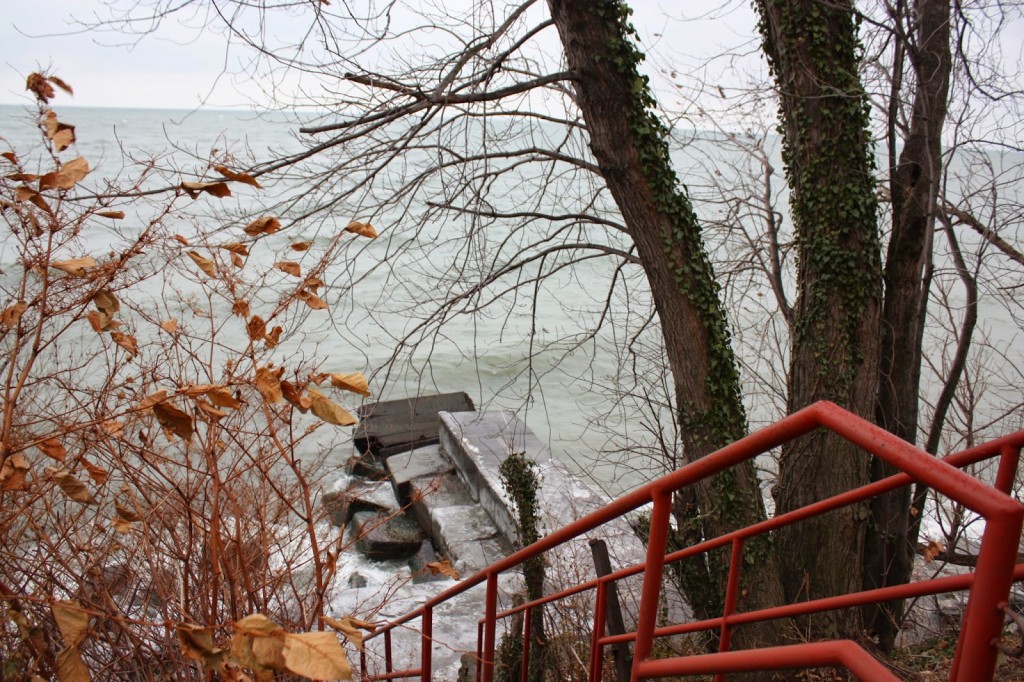 Trips back home are good for my dad, but they are important for me as well. I’ve only known my dad as the adult nerd (respectfully speaking) he is. A business man. A scholar. To really understand Dad, I need to glimpse into his past, to see the lad who grew up in a hardship I’ll never understand. 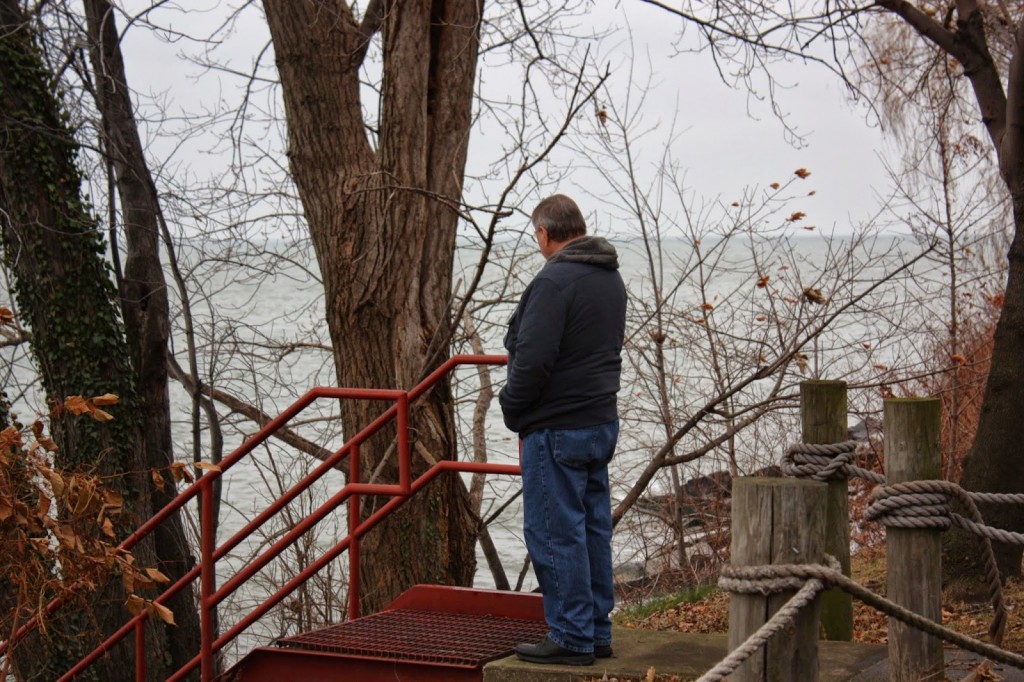 When I see the boy in my father, I gain compassion. I might even cease the heavy debates.

Nah. Who am I kidding?