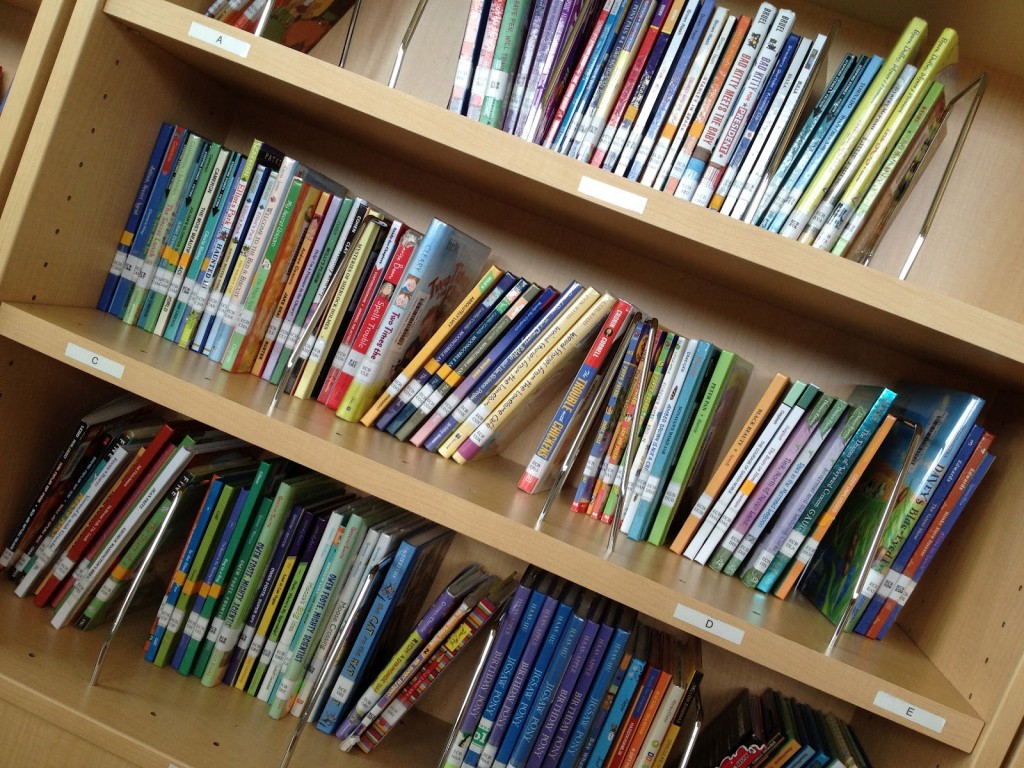 And even more important to me – School Librarians

Last week I interviewed my friend and school “guybrarian”, Paul Warner, on Rose City Forum. Paul shared the importance of Teacher Librarians and how our students suffer when library resources are not available.

I asked Paul to share resources and ideas with my blog readers. I’m learning his brain actually does contain more than 80s hits and Star Wars trivia. Who knew?
Where you can find information/research/statistics about libraries, librarians, their impact on education, and what you can do to help:

Where to go for Book Recommendations & Reviews:

On-Line Learning Tools I recommend to students, teachers, & parents:
Scholastic Apps called “Book Wizard” or “BookFairs App” allow you to look up books, or scan covers/barcodes to find out all about a book, its reading level recommendations, book trailers and author interviews, reviews, etc.
Goodreads:  Join for free and start keeping track of books you read, get recommendations, & write reviews.
Prezi & Glogster: Instead of always presenting with Powerpoint, try one of these instead for making cool tech presentations to demonstrate learning.
Animoto: For teachers & students to create educational videos

Pixton: For teachers & students to create their own Comics

Edmodo: A Learning Management System (LMS) for students, teachers, and parents to communicate, share work, comment and question (like an educational version of Facebook).
Databases (trusted collections of professional information rather than just Googling):
One-Click Digital for ebooks & audiobooks (Vancouver Libraries use it)
101 On-Line Teaching & Learning Tools:
Reading Strategies I use to help kids:


BOOKS I RECOMMEND
Connect to the movies:
Read Allegiant to find out what happens after Insurgent (by Veronica Roth)
Read Mockingjay to find out what happens after that cliffhanger ending (Suzanne Collins)
Read Marvel’s Civil War(Graphic or Chapter book) to see where these films are headed
Read rest of Maze Runner series before Scorch Trials comes out (James Dashner)
Realistic Fiction:
Wonder by RJ Palacio (boy born with a deformed face is going to public school for first time—middle school—great book with anti-bullying message for developing empathy, and tells story from different points of view too)
Humor:

NERDS series by Michael Buckley (National Espionage Rescue & Defense Society): A group of students some might think of as nerds are actually well-trained spies working to save the world.

Origami Yoda Series by Tom Angleberger (very funny series as a weird kid with a talking origami Yoda puppet influences everyone at school in a positive way, and as the series goes on more & more kids get to know and like him and create Star Wars origami puppets of their own)
Action/Adventure:
Stranded series by Jeff Probst: Yes, the host of Survivor has cool books about kids stranded in the middle of nowhere trying to survive for real!
Roland Smith’s cryptid books: Great adventure stories involving creatures like Sasquatch, chupacabra, giant squid, and dinosaurs
Books by Will Hobbs: Great realistic outdoor adventure stories
Mystery/Spooky:
If your teen can handle it, there are some great YA Zombie books out: The Enemy series by Charlie Higson, or Rot & Ruin series by Jonathan Maberry, Dead New World by Ryan Hill, and Max Brooks (who wrote WWZ) has a non-fiction book called Zombie Survival Guide.
For lighter spooky stuff that isn’t as horror-like as zombie books are, tryNightmares by Jason Segel (actor from Muppets and How I met your Mother).

Series of Unfortunate Events and the newer All the Wrong Questionsseries by Lemony Snicket are very well-written, engaging, entertaining mystery adventures with humor as well.

The Compound by SA Bodeen for a mystery/thriller about a family whose dad rushes them all into an underground bunker to survive nuclear war, but the son discovers Dad may not be telling the truth.
If you like Sherlock Holmes but wish the writing was more accessible for middle school level: Enola Holmes mysteries by Nancy Springer, or Young Sherlock books by Andrew Lane or Shane Peacock
Graphic Novels:
Many Classics of literature are now available in graphic novel form for kids, and the visuals really enhance the understanding of the text:  Examples include Beowulf, The Odyssey, Poe, HG Wells, Jack London, Robert Louis Stevenson, Jane Austin, Louisa May Alcott, Jules Verne, George Orwell, Herman Melville, etc.

Max Axiom series (comic-style non-fiction books teaching kids all about science topics)
Sci-Fi:
Dystopias are very popular: Legend series by Marie Lu (elites and slums, a girl & boy from different areas, a military government force up to no good), The Testing series by Joelle Charbonneau (post-war messed up world & the Gov’t runs annual Tests to determine who gets an education and chance at having a career and becoming a leader)

Cinder by Marissa Meyer (take a Cinderella-style plot, put it in a futuristic time with some people living on the moon and others on earth, and make Cinderella a cyborg)
Margaret Petersen Haddix’s The Missing series (Time Travel with adventure and historical fiction too)

LAUREN IPSUM: A Story About Computer Science and Other Improbable Things, by Carlos Bueno. A lost girl travels through a fantastical Alice in Wonderland–esque world filled with Phantom Tollbooth–like computer-programming metaphors.

False Prince by Jennifer Nielsen (3 boys competing to become the new prince & therefore king, but is the man helping them up to no good, and big surprises at the end)

Land of Stories series by Chris Colfer (brother & sister pulled into storybook world where fairy tales are real—similar to Once Upon a Time TV show)
Rick Riordan’s books, including not only Percy Jackson but also the Kane Chronicles and his upcoming books connected to Norse myths.
Sports:
All Tim Green books. Newest is Lost Boy (baseball playing kid whose mother gets in a serious accident and he wants to raise $ to help her and/or track down his long lost father who is also connected to baseball)
All Mike Lupica books. Newest is Fantasy League about a football-loving kid whose uncanny ability to make football decisions gets noticed by an NFL team, making him a media celebrity.
All John Feinstein books: mystery and sports combined at events like the superbowl or world series.
Sports books with female protagonists: Pretty Tough series by Liz Tigelaar is about girls soccer & sibling rivalry, or The Running Dream by Wendelin Van Draanen is about a track athlete who gets in a car accident and she gets a prosthetic leg.
Historical Fiction:

DASH by Kirby Larson. WWII era. When her family is forced into an internment camp, Mitsi is separated from her home, her classmates, and her beloved dog Dash; and as her family begins to come apart around her, Mitsi clings to her one connection to the outer world–the letters from the kindly neighbor who is caring for Dash.
Deborah Wiles’ Countdown & Revolution are about the 1960s and are a great combo of fictional characters with real history (facts, photos, documents).
Chris Lynch’s books are all about soldiers in WW2 and in Vietnam.

Because They Marched: The People’s Campaign for Voting Rights That Changed America. By Russell Freedman. The fiftieth anniversary of the 1965 Voting Rights March in Alabama is brought back to life in a detailed and moving account of this pivotal event in Civil Rights history.

Eyes Wide Open: Going Behind the Environmental Headlines. Paul Fleischman wrote it specifically to help kids find info on their own about the environment and become active members of society instead of just listening to what media & politicians have to say about it.
Simon Basher books (using great visuals with fun cartoons & diagrams to teach science, history, math, language arts, geography, mythology—everything)
Adult Books I Recommend:
When Books Went to War by Molly G. Manning (while Nazis were burning books, the US Gov’t worked with librarians and publishers to get millions of books in the hands of American soldiers)

Now You See It: How Technology and Brain Science Will Transform Schools and Business for the 21s t Century by Cathy N. Davidson (for educators, business people, and anyone who wants to know more about how our brains learn and work in today’s society) 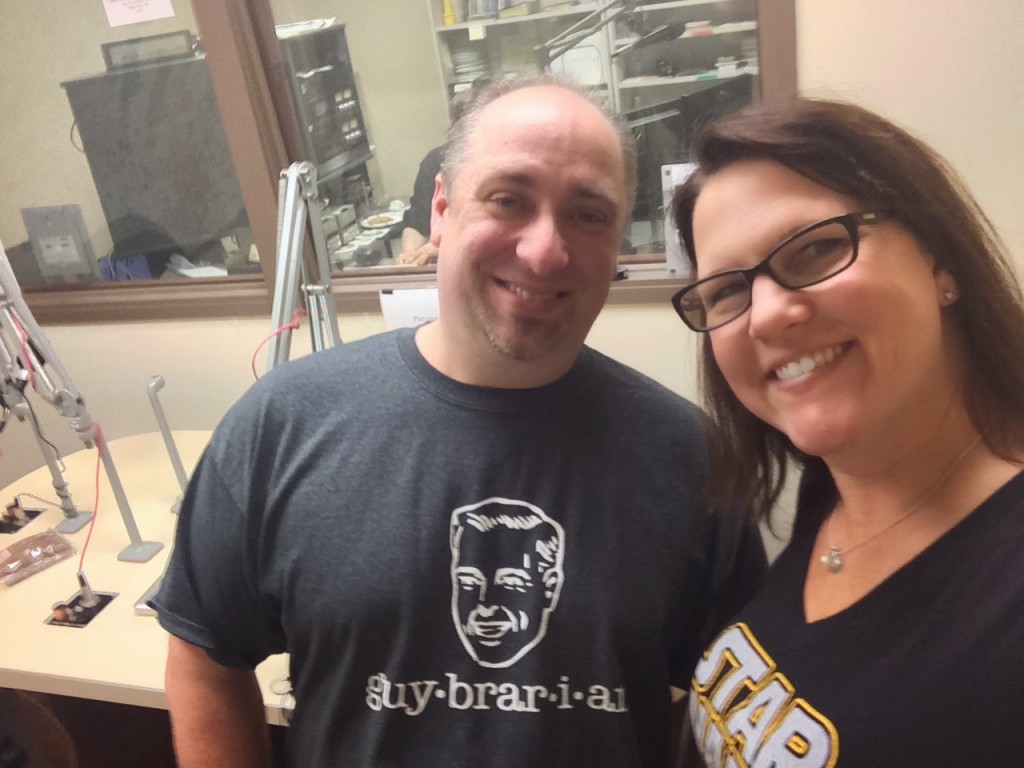 A Wrinkle In Time Arts Festival
Trinity Episcopal Cathedral, May 15-17, 2015
Paul will be presenting on May 16 from 2:00-3:00: The Hero’s Journey in Sci-Fi and Fantasy.
The event looks fascinating. Will I see you there?